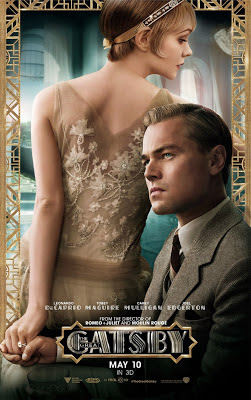 When I read the Great Gatsby as a high schooler, I was taught about dangers of excess and the cautions of the chase for the American dream. Jay Gatsby’s pursual of Daisy Buchanan was a warning of the attempt to achieve an unobtainable goal. In the same vein, Gatsby’s wild parties were examples of the moral decay in society. Baz Luhrmann’s The Great Gatsby largely ignores that message in his 2013 release, instead choosing to focus on a highly stylized fantasy world.

And what a fantasy world it is. Luhrmann’s Gatsby has Jay-Z playing in the background of his wild and lavish parties that would put Ditty to shame. ‘Extravagant’ wouldn’t come close to describing the visuals. Then again, I expected that, coming from his work in Moulin Rouge.

In this regard, Luhrmann does pay appropriate tribune to F. Scott Fitzgerald’s novel. The characters all speak in his stylized prose, and the parties do justice to what Fitzgerald envisioned. But, of course, this isn’t the reason that Fitzgerald’s novel became a mainstay in American education. The main problem with The Great Gatsby is that Luhrmann’s film doesn’t quite cut to the core of Fitzgerald’s story, missing the chance to connect the viewer with the overall message.

We’re treated to outstanding performances from Gatsby (Leonardo DiCaprio) and the narrator of the story, Nick Carraway (Tobey Maguire). While I don’t think Carey Mulligan was cast correctly as Daisy Buchanan  strictly in terms of sheer looks (I expected her to be more statuesque and less ‘the girl next door’), Mulligan does an excellent job with the most complex character in the story.

By now, you probably know Gatsby’s plot. He and Daisy had met five years ago, but Daisy was from the upper class, and Gatsby was dirt poor at the time. But, following his eternal optimism and the American dream, Gatsby became more rich than he could possibly imagine. With the right social standing, he could now pursue Daisy. Of course, her husband, the racist and unfaithful Tom Bucannan (Joel Edgerton), takes exception.

But, at its core, The Great Gatsby was never about the love triangle. Fitzgerald used that as a mirage to get to his greater point. This story doesn’t end happily as Fitzgerald’s way of warning us about this kind of lifestyle. I’m not quite sure Luhrmann conveys this. While I certainly enjoyed the movie, I didn’t leave with the message that I left with as a teenager reading the book.

That is the danger of attempting to remake an American classic. Push too hard, and the message becomes cumbersome. Attempt to over-stylize, and the message becomes lost all together. Viewed through a lens of pure entertainment, Luhrmann’s Gatsby certainly achieves high marks. But that lens is not what made The Great Gatsby the great American novel.